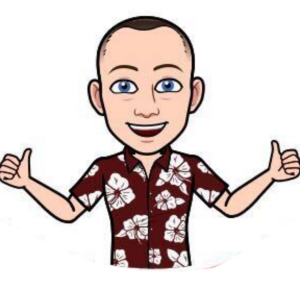 Last month, YouTube lost around 5% of its total ad revenue. With major brands like Pepsi, AT&T, and numerous UK companies boycotting the video sharing site, YouTube could face up to a $1 billion loss in revenue over the next year if advertisers continue their boycott.

The “adpocalypse”, as Youtubers describe it, comes on the heels of Google’s esoteric AdSense policy update and issues in Google’s algorithm that placed major branded advertisements next to videos that actively promoted hate speech. Faced with two scenarios, YouTube could reserve advertising for approved channels with good reputations or continue its practices and hope advertisers would return to the world’s second largest search engine. So what did YouTube choose?

Google opted for a steady middle ground, updating both its hate speech policy and its AdSense policy for greater transparency. Google’s hate speech policy expanded its violations to include web pages that included discriminatory content, as well as as other hate speech groups, such as Holocaust deniers.

Google’s AdSense policy was improved to only remove ads from individual web pages that violated its hate speech policy, instead of the entire Youtube channel. However, page-level flagging will also extend to UGC and comments sections that promote hate speech.  Users will also have greater access to Google’s rules and violations to understand what they need to fix in order to rectify any hate speech violations. Publishers could apply for a review of their page-level violations and expect a response within one week of complaint.

While these are improvements, many major brands do not consider Google to be going far enough to separate their ads from disparaging content. Interestingly, Google recently revealed that only 12% of publishers are accepted to its AdSense program as the 88% of publishers don’t meet its requirements.

How long the YouTube boycott will continue is uncertain. But being the second largest search engine in the world and with 400 hours of content being uploaded per minute, it’s almost impossible to resist Google network’s vast reach forever.

YouTube contains over 1 billion unique visitors per month and allows businesses to advertise across specific verticals to reach their intended audiences. There are no barriers to entry to create a YouTube channel and you could easily spot competitor keywords to leverage your own paid advertising campaign. Unfortunately, YouTube promotes traffic cannibalization, which may display your competitor’s content in the related videos section of your YouTube channel.

Equipped with this knowledge, businesses can still use the world’s second largest search engine to leverage their own keyword campaigns and increase their audience reach. Optimizing your YouTube PPC and SEO campaign will depend on the keywords you target and the video quality you present.

The Advantages of Video

A study by Liveclicker found businesses saw a 16% increase in revenue for web pages after including video transcripts on them. Videos allow you to explore your industry niche through different storytelling mechanisms. Video allows businesses to appeal to their customers through a variety of pulls, ranging from emotionally complex issues to hilarious video shorts.

Present the visual side of your business and show customers the faces behind the magic. Websites like Vimeo and YouTube are the perfect mediums to promote your videos’ transcripts through links as well as a well written description and closed captioning. Showing your customers’ testimonials directly from the source and presenting live promotions over the YouTube sharing network can be monumental in creating emotional connectivity between your brand and your audience.

Google and YouTube have not received a lot of slack in light of recent discoveries into their ad placement algorithm. It seems nearly impossible that most of these major brands could resist tapping into YouTube’s lucrative ad network for an extended period of time. Regardless, YouTube’s vast search network and social connectivity present great opportunities for improving your brand exposure and brand image. Marketing over YouTube will greatly improve your content marketing campaign and open up an entirely new and growing sales funnel for your business.

Let Us Help You Grow

We are ready to help your business not only get found online, but scale your business as fast you’d like us to. Contact us today for a free consultation!