Home » Schema Markup – What Does it Do for SEO?

Schema Markup – What Does it Do for SEO? 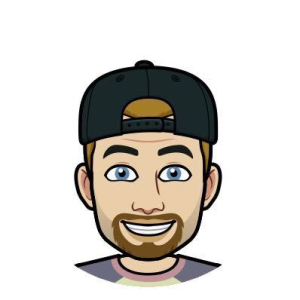 What is Schema Markup?

Many SEOs have struggled over the years to adapt to the multiple changes that search engines have thrown at them to rank higher in SERPs. Search engines have adapted their algorithms to better pick out keyword stuffing and other fraudulent SEO practices, such as shady link building.

Fortunately, there is a little known secret that search engines have granted to SEOs to help create rich snippets that shine visibly and allow a website to potentially rank higher in a SERP – Schema markup.

Schema.org provides microdata that is universally recognized by all search engines. This form of microdata is a bit of code, like a snippet, that can be placed into existing HTML or any other bit of source code.

Schema markup provides code that can’t be viewed by your visitor and only by a search engine. Many search engine crawlers often run into unorganized content in an HTML tag that they simply can’t make out. Schema markup works by using tags that help to organize your content and makes it easier for search engines to recognize the properties of that content.

This applies to many different things, such as helping Google to know what year a music album was released, the title that appears on that snippet, and even the very fact that the album is categorized under music. While this seems very broad and even simplistic, this is a valuable tool for helping search engines to organize data and create rich snippets for your SERP.

Schema markup can help produce rich snippets that shine more visibly than other snippets within a SERP. A snippet is everything that is included in the description of a result other than the text. This means everything from pictures to ratings. Rich snippets improve visibility and are more likely to improve CTRs.

With a rich snippet, people are more likely to identify that your webpage has the content they are looking for and with good enough content you can reduce pogo sticking and improve rankings. Google has stated that schema markup does not affect its rankings factor though. Unfortunately, only 0.3% of domains contain schema markup.

This could be due to a couple of factors, but one of the most obvious is that schema is a bit too technical and can be confusing to someone without source code knowledge. Incorporating schema markup is relatively easy and is most easily incorporated with the help of a plugin.

For sites like WordPress there are plugins available to help integrate schema code into HTML or other source code that would be otherwise impossible to do manually. Google even came up with its own solution for the webmaster laymen with its Structured Data Markup Helper. For those who choose to input the code manually, this can be difficult and it is recommended that you hire a developer to help so that your code does not get befuddled.

Fortunately, schema is only viewed by search engines and any misplaced code will only affect the snippet displayed. The list of schema tags can be endless, but users only have to know a few common tags to be able to implement schema markup correctly. Some of the most common tags include “itemscope,” “itemtype” and “itemprop.” By placing “itemscope” within the div tag you are telling Google or Yahoo that all of your content is related. Tags, such as “itemtype” allow you to place specific content within the HTML tag into a certain category, such as stating your webpage is about a book or HVAC.

Since schema markup is not utilized by 99.7% of domains it means that implementing schema markup into your source code will give you an advantage over competitors. Schema markup is most beneficial to high ranking pages, since these are the ones that users will see first. If your webpage doesn’t contain a rich snippet and the result above or below you does, it will most likely affect your CTR for the worse.

How To Do Local SEO

Thanks for checking out LSEO.com, as a token of my appreciation, I’d like to give you a customized digital marketing strategy session FOR FREE.