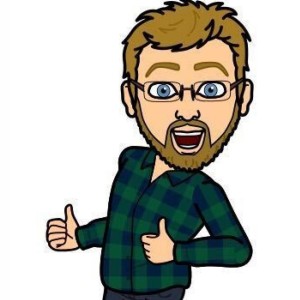 Google has begun limited testing of Android’s Instant Apps into its search results. Essentially, Instant Apps allow users to access a limited version of an application directly through their phones by simply clicking an Instant App result–all completed without needing to install the app.

The testing is an attempt for the search engine giant Google to begin monetizing Instant Apps, and include app-like experiences into its search network. Instant Apps also benefit users by conserving precious hard drive space, and provides users the option to test apps before making a download.

Currently, only a handful of apps are available for users: Buzzfeed, Wish, Periscope, and Viki. Instant Apps can only be accessed by users with Android 6.0 and higher. Developers can modify existing apps for Instant Apps by conforming to Instant App functionality. The process essentially breaks the app into 4 MB modules and alters the way the app navigates through modules and how they use app links.

For developers this could seem like a harsh blow to their profit margins. Developers who rely on app purchases may see their sales decline as users can still be delivered the same experience by simply clicking on a search result. For example, users looking to purchase an automotive part could theoretically click on an Instant App and perform the same tasks without installing the app. Once being authenticated through the company’s website, they can make their purchase and simply abandon the app.

Yet, one of the most difficult problems apps face is marketing themselves to consumers. Currently, only 27% of apps are discovered through a search engine, and the rest through their proprietary app store. It’s estimated that every time an app is downloaded, this can cost between $2-7 of market spend for a business. With reduced cost savings, businesses are freer to invest in their SEO campaigns, which can help market their apps.

Not only do Instant Apps allow for previously native apps to compete within search engine rankings and become more visible, they also increase their conversion rates. Theoretically, if you deliver a seamless app-like experience, users will be more likely to complete a conversion. Simply install a link to Google Play within your Instant App, and you can also potentially increase the amount of downloads your app receives.

There are thousands of developers seeking to develop Instant Apps for users. Their performance is incredible and out performs traditional hyperlinks. App development has traditionally existed outside the realm of Search Engine Marketing. The innovation of Progressive Web Applications allowed website’s to build mobile websites that operated like apps, but is still very limited across the market. There are numerous SEO benefits open to Instant App developers and the future seems bright.

It should be noted that Instant Apps are only in a limited testing phase, and Instant Apps have been in development for a over a year now.

Let Us Help You Grow

We are ready to help your business not only get found online, but scale your business as fast you’d like us to. Contact us today for a free consultation!